Day out @ the Caravan and camping show

Well, We headed off at about 10:30 am to visit the Caravan and camping show at the Claremont Show grounds, we battled the hectic Perth roads,

a good 45min drive from Wattle Grove and this is on a Sunday. Anyhow once arriving to the show grounds we were greeted with our next mission, Parking!! Well what bloody parking, we drove into a parking station just to follow fellow drivers around looking for someone whom was leaving, wasn't many, it took as approximately half an hour just to get out of that parking area. We then drove around the show grounds looking for alternative parking, oh yeah, there was a sign for parking in the grounds, but once at the entrance gate it was closed, all full. By the time we had got there and drove around and around several parking stations it had taken us an hour and five minutes to adventually get a spot, no thanks to the organisers of the show, every where we had tried was so hectic cars driving in different directions, parking in front of other cars so they couldn't get out, no traffic personnel to keep the flow organised. Any how once parked up we started our walk to the front gates to be greeted with a long arse line, i must admit it didn't take to long to get through though. At this stage it had been nearly two hours into it, we were getting a bit hungry, oh no another half hour wait at the kebab stand, our day wasn't going to plan at this stage. Perth weather was pretty Hot hot hot too, we walked around and checked out the fifth wheelers first as they are roughly in the size capability as the Corona Express, it had seemed like there was only two of them, we had a very close look at these designs. From here we headed off in search of some larger caravans in which we could take on board some more design tips, interiors, shower fit outs and alike, we were starting to get a bit guttered about the lack of mobile homes, fithwheelers until my wife had asked someone whom told us there were more in the pavilion, we had started to head in that direction whiles looking at and through alot of the smaller stalls along the roads. Hmmm we had made it to the motor home section, my wife had fallen in love with one of the fifth wheelers that was on display, so looks like I'll be taken in some of the floor plan of that one. From here we had viewed or should i say battled through with every one else to have a look at some lovely motor homes, caravans and fifth wheelers, it was a good few hours well worth the $17 entrance fee. Even if you were only in to camping there was a array of products to view from camper trailers, tents, swags and everything else that you would be looking for. Over all for what we were interested in looking at there wasn't overly much there, be motor homes and fifth wheelers with mainly slide outs, we would of and could still see more of what we wanted at the local RV, caravans yards in and around our local area. In saying this it is still a great venue and show cases alot of info and products all in the one spot. But for us, we'll be catching the train in next year and getting lunch on the way, that's our tip for any one going next year, Take the train. 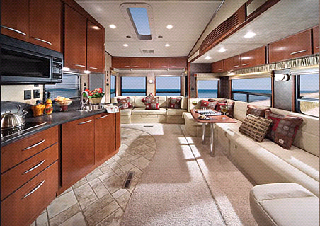 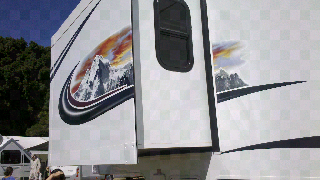 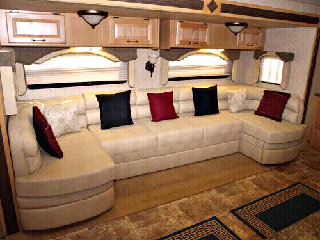 “One’s destination is never a place, but a new way of seeing things.” – Henry Miller

We welcome anyone to get involved on our site, from persons offering or wanting advice, selling a item, have a trade to offer or just want to have a chat about each others projects or even places your about to venture of to in your motor home, caravan or alike, maybe you just want to share some pics of your project or maybe tell us about a great supplier, we would like any of the above. We look forward to the long road ahead.